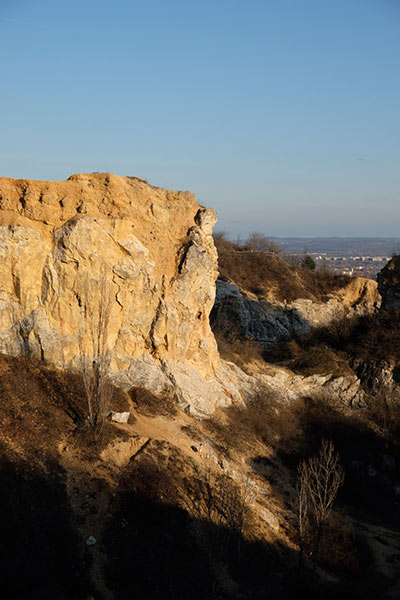 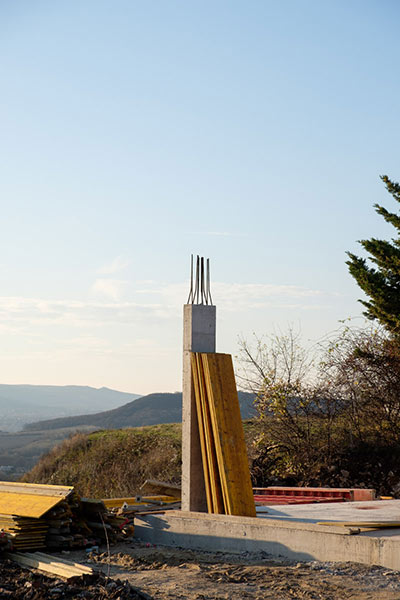 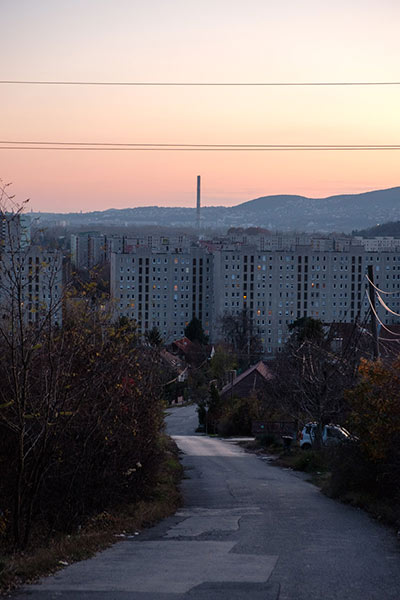 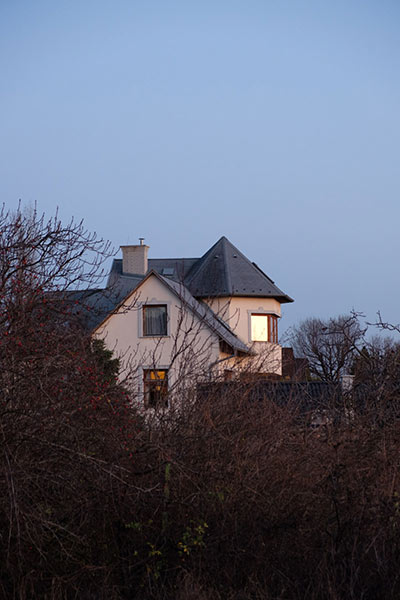 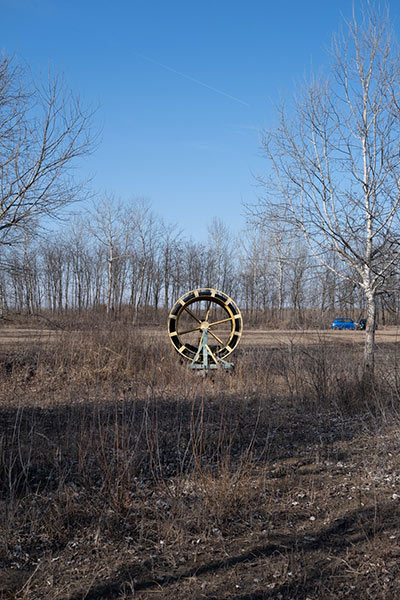 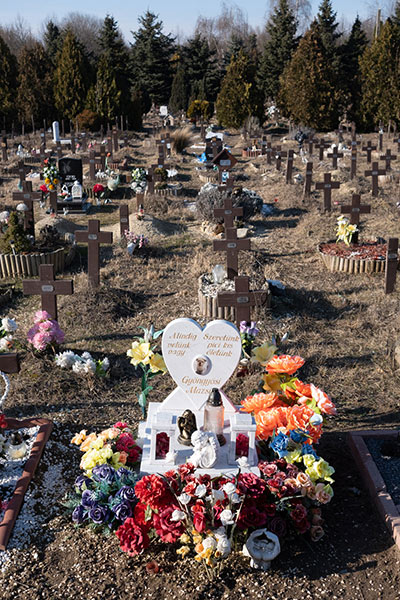 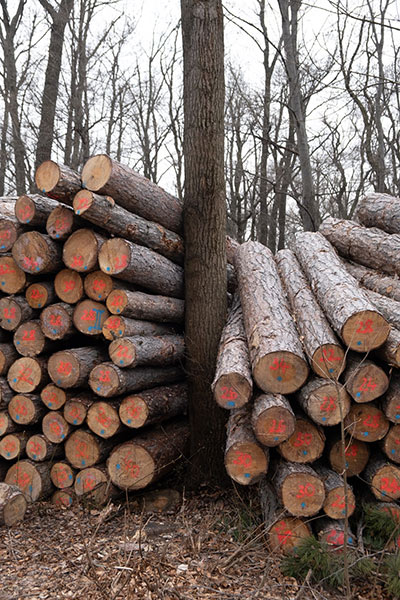 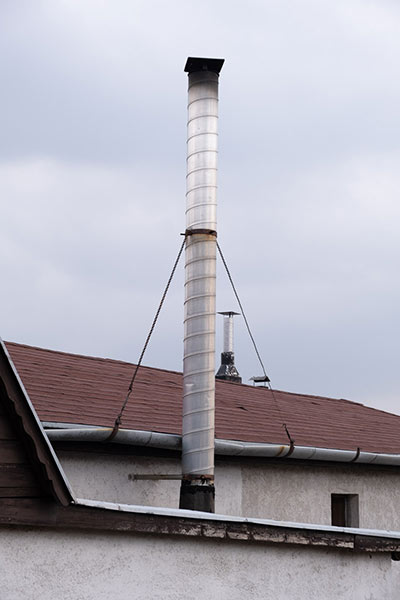 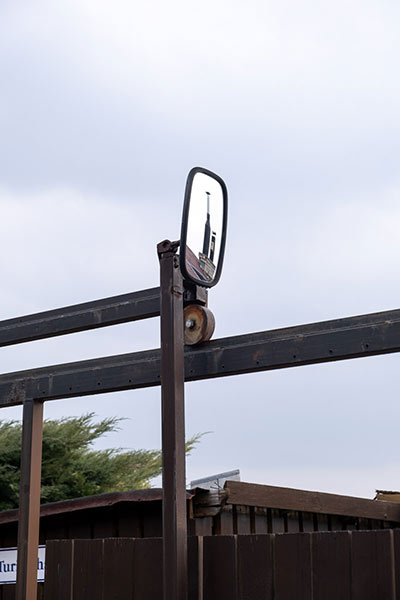 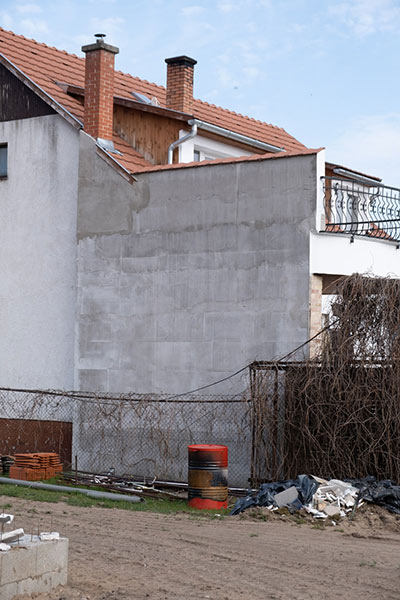 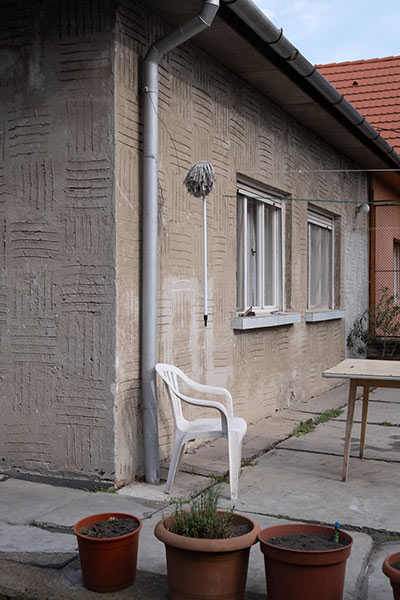 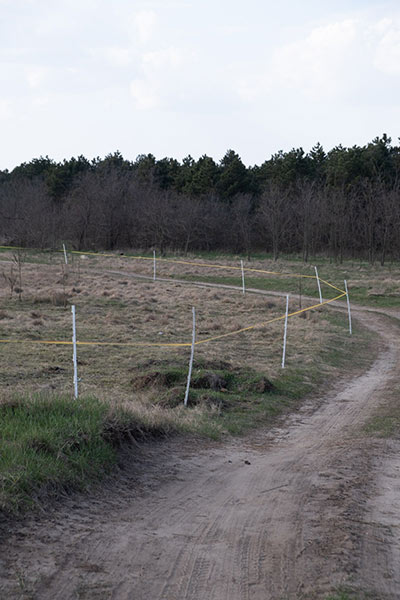 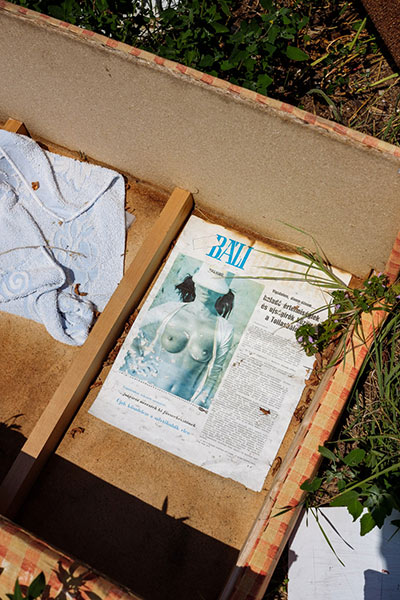 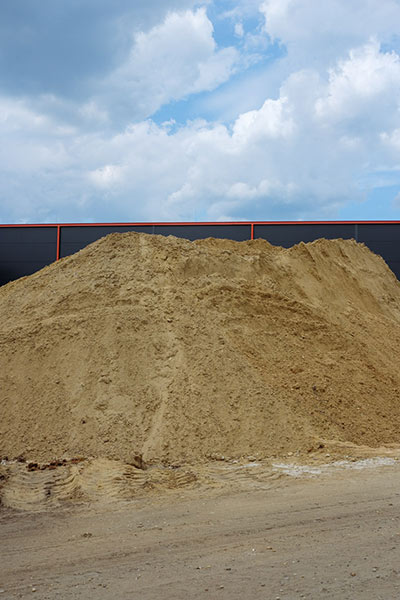 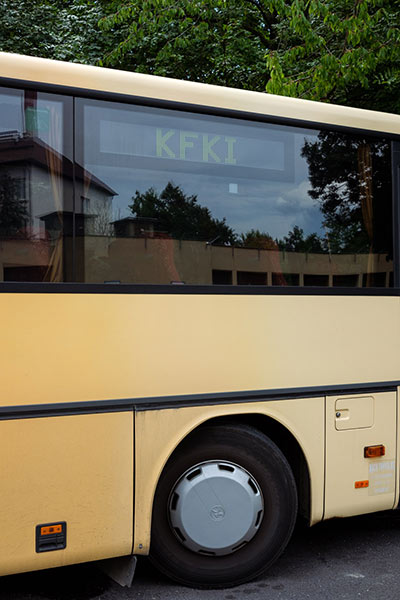 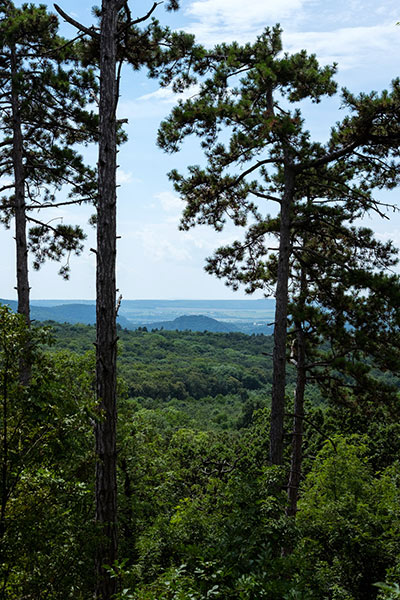 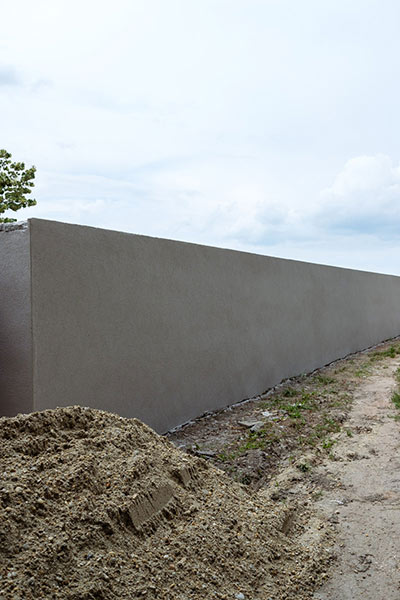 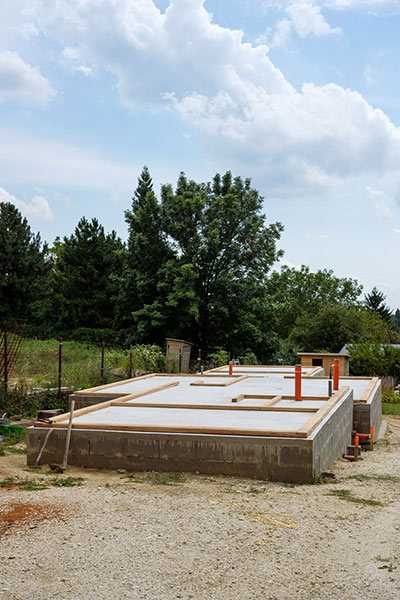 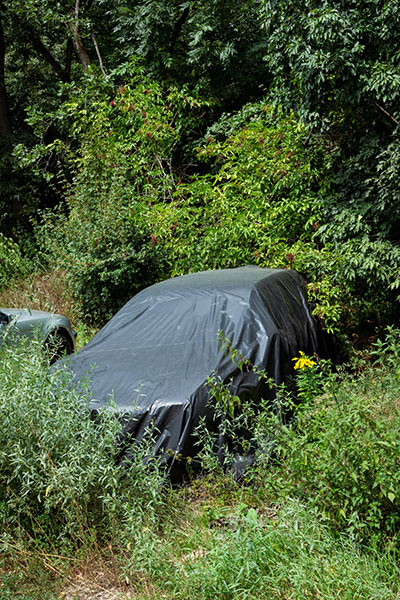 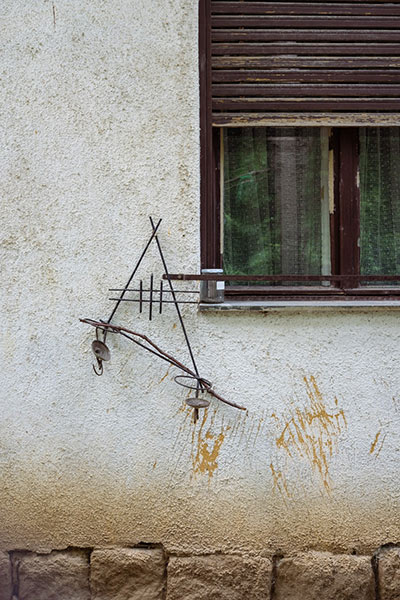 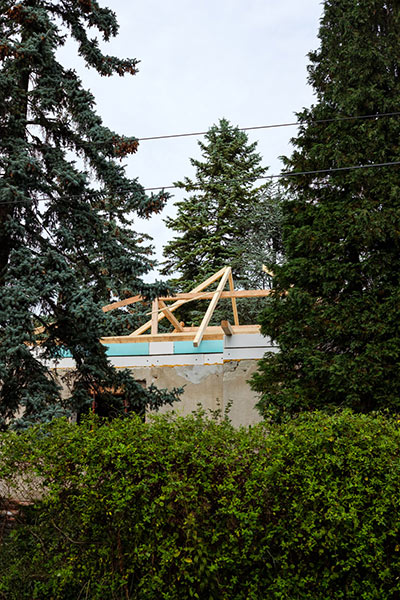 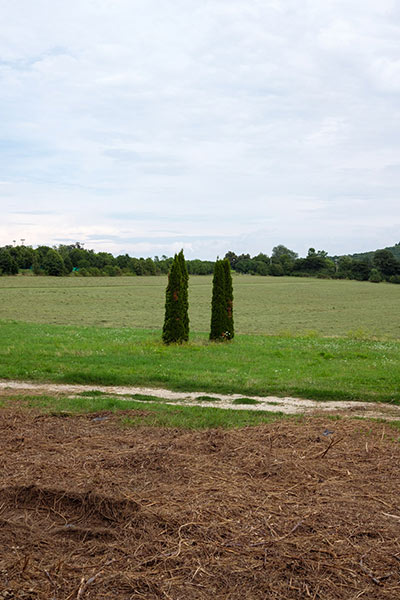 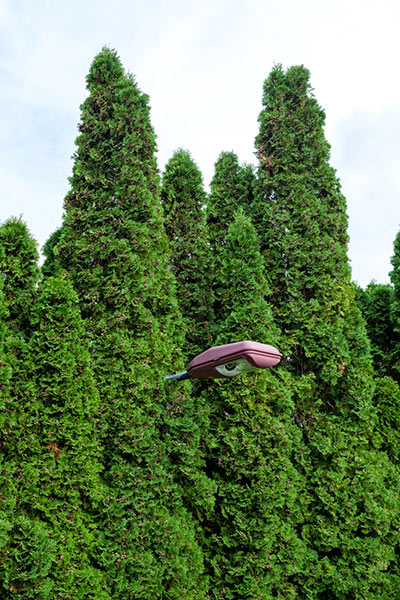 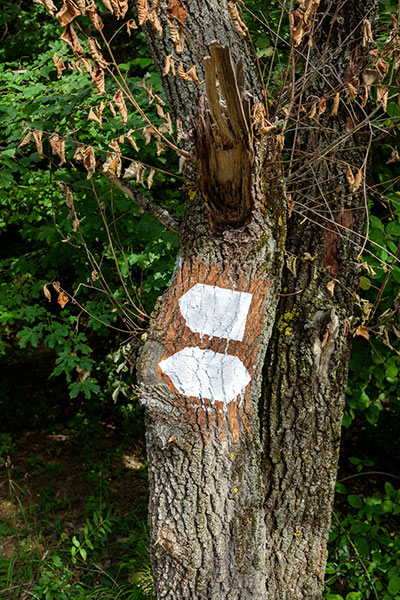 “The photo is silent. It is not accompanied by a soundtrack when it affects our senses. But a healthy brain has some synesthetic ability. It can hear the sight. Like the hearing-impaired who learns to read by mouth. He sees a dog with an open mouth showing its teeth and hears a bark. The images in Dániel Halász’s series Borderland are ambient recordings that do not contain a soundtrack that co-exists next to an image, but the sounds are encoded in the pixels themselves. Composers are also often inspired by ambient sound recordings (see, for example, Brian Eno’s album Music for Airports), endowing the on-site recordings and atmosphere with a strong mental or emotional charge. Dániel Halász is a photographer with such an attitude, and in this series he walks around the administrative border of Budapest.

Whether this comes down to not only composing but also poetry is another matter. Imagine Budapest as a puddle that dries from its edges to its center. Its center holds some density until the last moment, droplets fleeing there, fearing disappearance. The escape of the rim. The cold places of the periphery compress the center into a smaller and smaller area like a ring.

This understylized language is a poetic form of speech in Halász’s images. He does not express devout and piety, he merely states. He is not pretending, but is deeply sensitive. He is consistently documenting (he continues what he started in his village series), going after phenomena with the tenacity of a forensics expert.” (Text by Orsolya Láng)

Winner of the Budapest Photography Grant